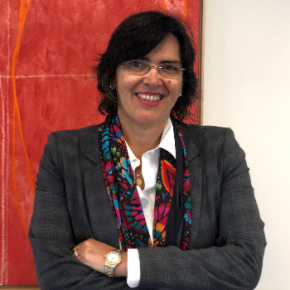 Manager of the IDB for Central America, Haiti, Mexico, Panama and the Dominican Republic

Verónica Zavala is manager of the IDB’s Department for the countries of Central America, Haiti, Mexico, Panama and the Dominican Republic. She also serves as the Bank´s Country Representative in Panama.

Previously, she was the Bank´s Country Representative in Mexico in 2016 and 2017, after serving as Manager of the Andean Group Country Department, Manager of the Bank’s Office of Strategic Planning and Development Effectiveness, and Executive Director for Peru.

Prior to joining the IDB, she was Sector Manager at the World Bank for Latin America’s Public Sector.

Ms. Zavala served as Minister of Transport and Communications in Peru and Secretary of Public Management of the Presidency of the Council of Ministers of Peru, among other positions related to the reform of the state and the promotion of private investment.

A Peruvian citizen, she holds a law degree from the Pontifical Catholic University of Peru and a Master’s in Public Administration from the John F. Kennedy School of Government at Harvard University.